On Friday night we went to see “A Christmas Carol” at the Waveland State Historic Site in Lexington KY. It wasn’t like any other play we have been to before. Instead of sitting in an audience to watch, we followed the actors from room to room watching them perform scenes. 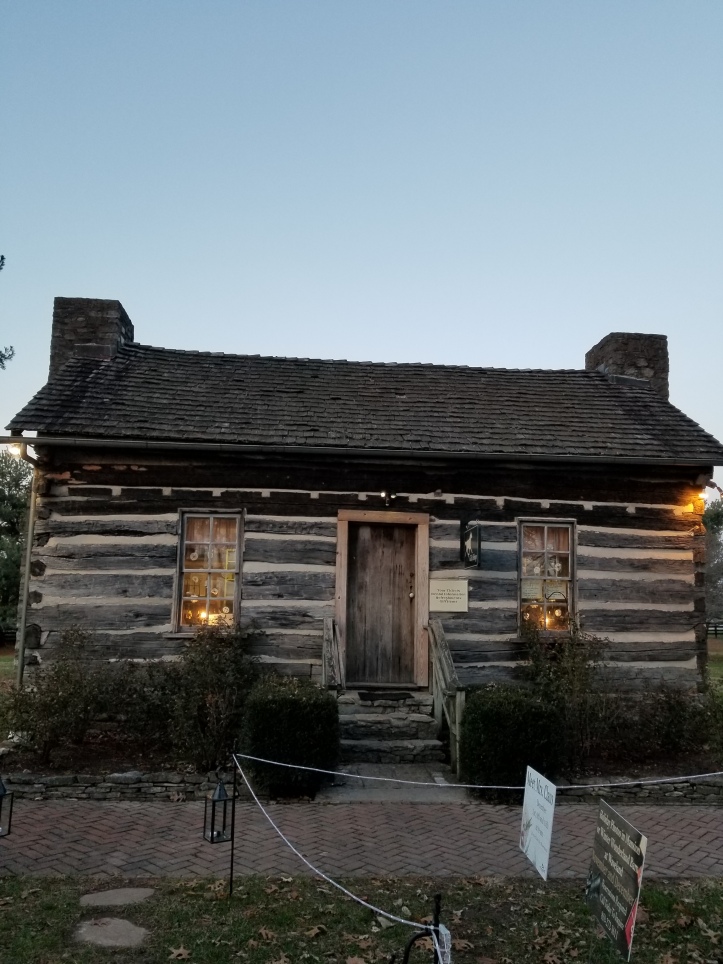 It was such a fun experience and inside such a beautiful old plantation home. The renovations were spot on to the time period. The only downside to it was the number of people also there to join in the fun. There were times when I was unable to see most of what was going on. The play lasted roughly an hour. They started out by guiding us all from the gift shop into the home, where we all sang Christmas carols. After the carols we were taken back outside and around to the front of the house where we were given some history of the Waveland Plantation home. 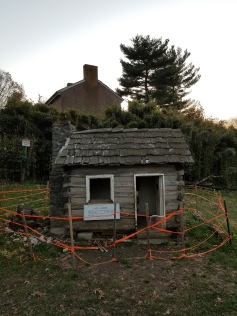 Once inside the play began. It lasted roughly an hour, where we followed the cast from room to room, sometimes returning to rooms that we had already been in. At one point we headed upstairs for scenes and we just kept thinking how amazing the inside of this home was. It was gorgeous. What an experience! 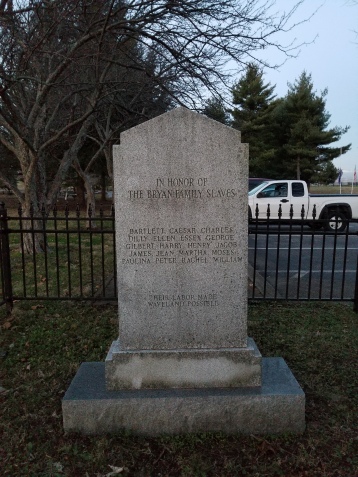 The house was built in 1845. It was built by Joseph Bryan (1792-1887), one of the nephews of Daniel Boone (historian, poet and frontiersman). The estate was named “Waveland” because of the way the wind blew the fields of grain and help, giving the look of “waving”. At one time there was a racetrack on the property, where there were thoroughbred horse races.

There is still a servants/slave quarters standing behind the home, where they lived after the civil war, renting rooms and earning a wage. Once emancipated after the war, all 13 slaves chose to stay and work for the family. Before emancipation, the slaves were able to build their own homes on the plots of 20 acres that they were responsible for maintaining. This was to save on their travel time to work. They were allowed to keep weapons and make and sell items at a local market where they kept all of the profits. From what we learned, it sounded like they treated their slaves like family, which was so nice to learn. We love learning about the history of the areas that we are visiting, and knew that when we made it to the south, we would be learning more about the sadder parts of our history. It is all very interesting and in 1956 when the land and structures sold to the Commonwealth of Kentucky, they did an amazing job with keeping the preservation of the structures. Even the volunteers dress in time period clothing. 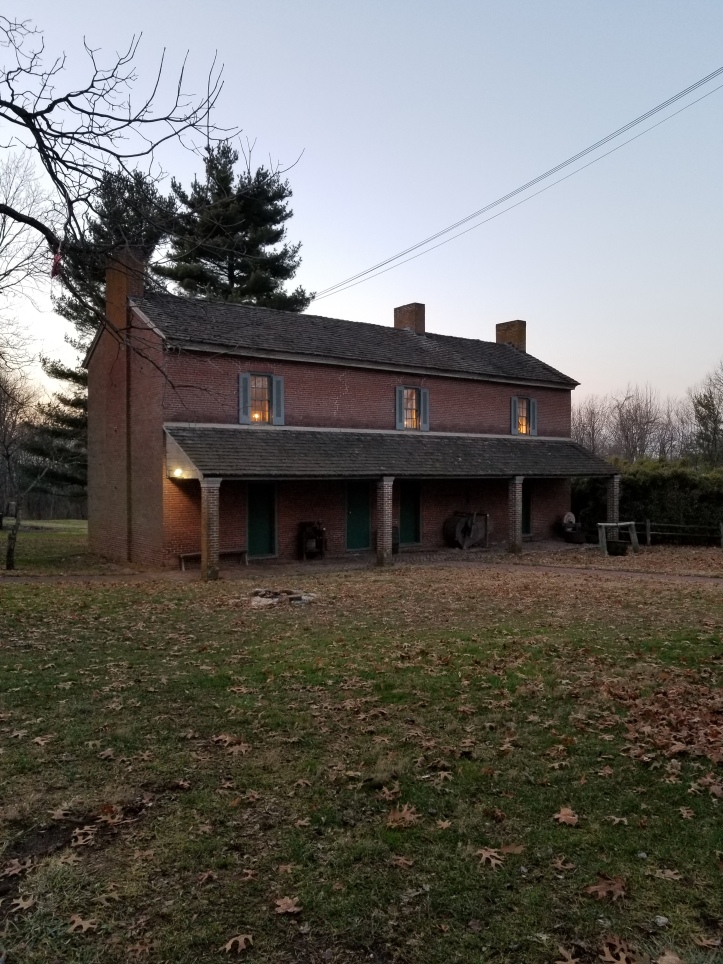 We love going to plays, and getting to have a history lesson and see this plantation house was the cherry on top.

We loved the views all around Sedona 💗 on our way there we stopped at the lookout points and no matter where you are, the colors are beautiful. Excited to be in Arizona for a couple months, but really looking forward to when we go to the Grand Canyon! #sedona #arizona #fulltimetravel #rvtravel #dreambiglivetiny #homeiswhereweparkit #lifeontheroad #lifestyleoverluxury #rvliving
We are staying about 25 miles from Sedona AZ this week so Sunday was spent power touring the area before I was back to work on Monday. One of our stops was at Montezuma Well. It's a National Monument so luckily we had our NP Passport stashed away in the glovebox so we could get a stamp 👍 I will throw the cave pics from around the well into our stories, the place was pretty cool. It's roughly 55ft deep and zero fish but packed with thousands of leaches 🤮 we stayed on the trail and didn't get close to that water. Later this week we are heading to Montezuma's Castle, really looking forward to it, the pics look cool, has anyone been? #montezumawell #nationalmonument #campverde #arizona #fulltimetravel #rvtravel #dreambiglivetiny #homeiswhereweparkit #lifeontheroad #rootlessliving
Tomorrow we head to Arizona...Yay to another state sticker! Today I'm working until 1ish then we are hanging out with the fam. Korey's parents are coming to town so we will get to see them again before heading out 🎉 we've had a great time here with Korey's brother & our brother in law, it's been so long since the 4 of us have been together and we've enjoyed every minute! Happy Friday!! #rvliving #fulltimetravel #familytime #thatsmyheartland #bighorntraveler #homeonwheels
Korey is in heaven right now. He's out fishing at Lake Cahuilla today. We had hoped to stay another week in Palm Springs but it's the busy season and no availability at Thousand Trails so we are off to AZ on Saturday morning. At least we will get to add a new state sticker to our map 😁 #lakecahuilla #laquinta #california #coachellavalley #rvliving #fulltimetravel #bassfishing
Enjoying the 70 degree weather and hanging out with family 💗 We have reservations for a week but going to see if we can extend our stay since we don't have to be in the Phoenix area until the 25th for Korey's next workamper job. Anyone else working Spring Training in Surprise AZ? Korey is working it if he doesn't have a heart attack from this Seahawks game. #thousandtrails #palmspringsrvresort #thatsmyheartland #bighorntraveler #homeonwheels #homeiswhereweparkit #coachellavalley #palmdesert
My favorite shot so far of our home on wheels 💗 This was taken on our very 1st travel day in June 2018 on our way up to Mammoth. Looking forward to 2020 and our planned stops. So far we know we will for sure be staying in Arizona, Utah, Montana, Minnesota, Texas and Georgia. Now we need to plug in our other stops...we are thinking New Mexico, Louisiana and Alabama? We shall see what happens 😊 For now we are at Korey's parent's house until Saturday and then we head to Palm Springs for a week 💗 Pretty great way to start out the year! #thatsmyheartland #bighorntraveler #homeonwheels #homeiswhereweparkit #2020planning #lifeontheroad #fulltimetravel #rvliving
%d bloggers like this: